Two weeks ago I reported finding the rare orchid, Malaxis abieticola. We went back to find it again, and could not find it. We assumed it was eaten, and mourned its lost. About a week later I met the orchid expert, Ron Coleman, with his wife and a couple from England. It turns out that they found it! Ron led me to the very spot, and there it was, a little the worse for wear (the flower stalk was bent), but still very much alive. This time I had my close up lens and could photograph an individual flower. 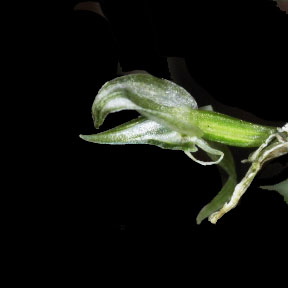 A close up of one flower

We have just had a reunion with all of our five children. All were born in England. For a time while we lived there we owned an Austin mini (or was it a Morris minor?)  My niece, Dorothy, was staying with us and helping out. All eight of us (Frank, Louise, Dorothy and children ages to 4 to 11, and our luggage for a vacation, piled into our tiny car and drove clear across the southern part of England. (This was before seat-belt laws.)  We made it and had a great little vacation.

At our recent family reunion on the top of Mt. Lemmon, we noticed that our neighbor in a nearby cabin, has a Mini-Cooper, with essentially the same body as the car we owned over forty-six  years ago. She kindly allowed us to pose with her car, showing clearly that the present group would need two or three of them to travel anywhere. 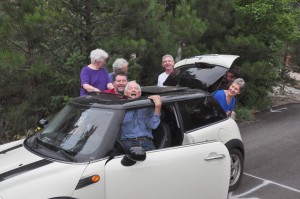 Our youngest, Owen, is partly covered by the hatch

Ed and I were walking along the dirt road at the top of the Ski area in the Catalina Mountains. We found over 40 species of flowers in bloom, including a few mysteries. At the spot where we saw some unusual plants last year, we found a California poppy in bloom, and Bachelor’s button, plus a beautiful, tiny blue flower, at the top of about a four inch stem. 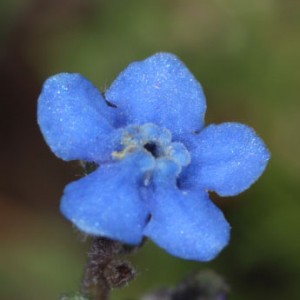 We had more or less ignored the Dock plants that covered large sections of the ground (Rumex species), thinking they were the usual Curly Dock (Rumex crispus) or Bitter Dock (Rumex obtusifolius), but then I stopped to look more closely. This was the rarer Pale Dock (Rumex altissimus). “Altissimus” means very high and we were about 9000 feet above sea level. We thought, too bad it is not in bloom. We sat down, the plants now higher than our heads. The flower stalks were a rusty red color. After a few minutes we decided to get out our trusty magnifying lenses, and soon found that the plants had flowers and fruit! These certainly qualified as “invisible” flowers, invisible to us until we took a closer look. 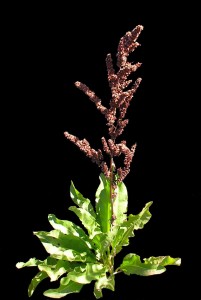 Pale dock with its red inflorescence 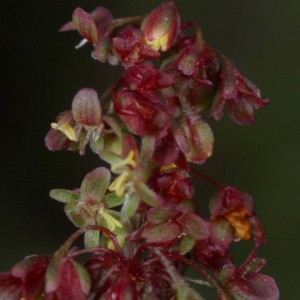 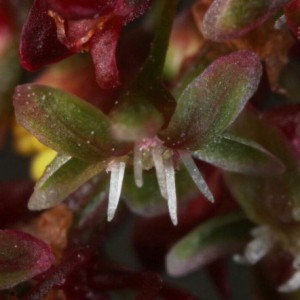 I think this is a female flower 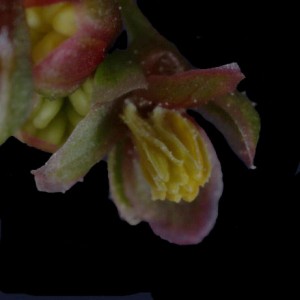 And this seems to be a male flower 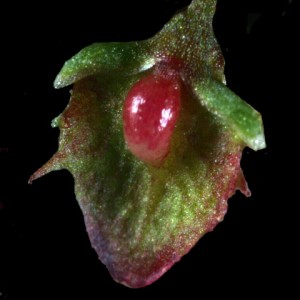 The next day Andrea in our group, came across an orchid that I had known existed on the mountain but had never seen. I just got this one photograph. It is called Slender-flowered malaxis (Malaxis abieticola). The plant itself is about six inches tall. Two days later Patrick and Tori looked for the orchid but it was gone, possibly eaten. I am glad I got at least one good picture. 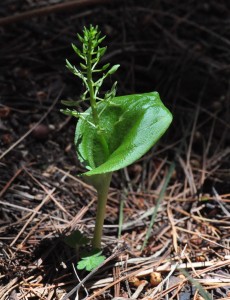