Yesterday Ed’s brother, Bob, joined us for our weekly nature walk. We headed for Saguaro National Park East, taking the Cactus Forest trail to Lime Kilns and Lime Falls. The night time temperature was in the low forties, but during the day, rose to a comfortable 70.

I went to take a picture of a beautiful group of Christmas cactus with their bright red fruits, and found that the camera’s battery needed recharging. This meant that I had to see through my own eyes, and not so much the lens of the camera. At this time of the year, the second week in December, we did not expect to see many flowers in bloom. At first we noticed some tobacco plants with flowers, plus lots of paperflower plants in bloom.

By the time we had finished, we counted 19 flowering species, and 8 of them were invisible! By “invisible” I mean walking past them most people would not even realize that they were in bloom. And here they are close up.

Fittingly, I suppose, I have been unable to insert pictures here, so some of them will remain invisible. anyway, here are the names:

Pictures of the other five have been shown in this blog before, and here they are: 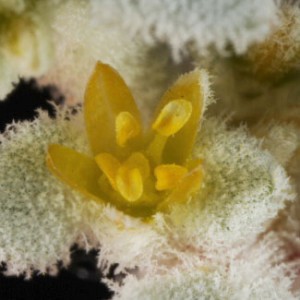 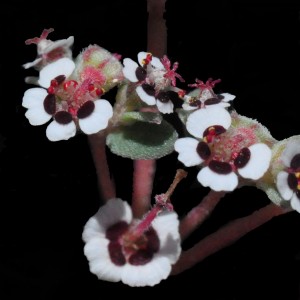 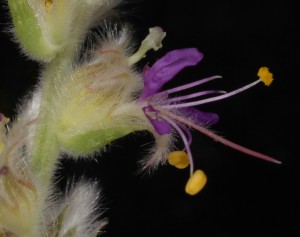 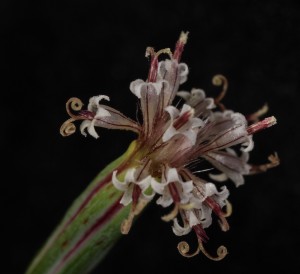 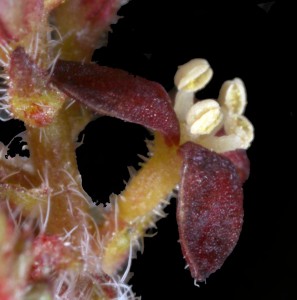 One of the spurges (Euhorbia)

The Night blooming cereus is an inconspicuous plant except on those rare nights when it blooms, or when it is in fruit. Ed spotted one with a bright red fruit about the size of a hen’s egg. Without the fruit we would never have noticed it.

This was one of those special days, hiking with friends in perfect weather surrounded by the richness of the Sonoran Desert.