On our walks lately we have seen plants in bloom but they are few and far between. We did see a Desert Spoon (Dasylirion wheeleri) with two flowering stalks. Normally they only have one that stays on the plant for more than a year. At least we think it was one plant. Sometimes plants grow so close together that their leaves become entwined to the point that it is hard to tell whether it is one or two. 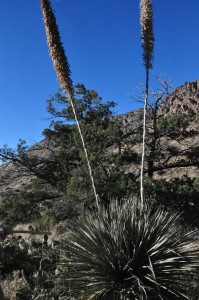 The Teddy bear cholla (Cylindropuntia bigelovii) has some of the densest collection of spines of all the cactus species around here. Some birds build their nests right in the thick of them where they can feel really safe and secure. How they manage to fly in and out without impaling themselves is quite a mystery. Recently we came across a dead bird lying on one of their branches. We assumed that it had been flying in and out of the plant successfully until it finally got hooked. Of course it could have died in the air and simply fallen to this resting place. 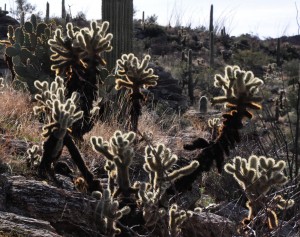 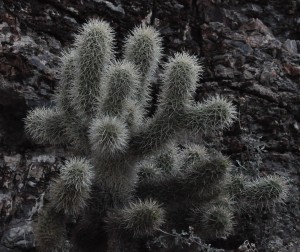 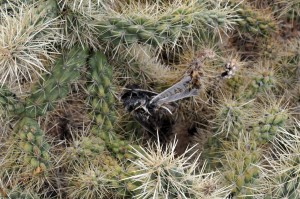 My wife and I occasionally have a burst of energy to de-junk our house. Last week we tackled the shed throwing out many large plastic bags of trash. And then, to my amazement, I found two oil paintings that I had done years ago. They were tucked away in the back corner. The fact that I had not signed them proves that they have never been in a show. As it turns out our son, Owen, and I are having a joint show at the Contreras Gallery (110 E. 6th St., Tucson) the whole month of March. We will frame these two oil paintings and make them the center pieces of my part of the show. You are all invited to the opening of the show, 6-9 pm, Saturday March 5, 2016. 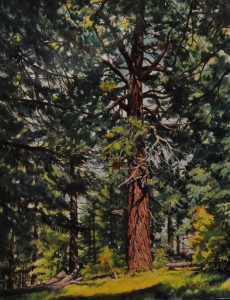 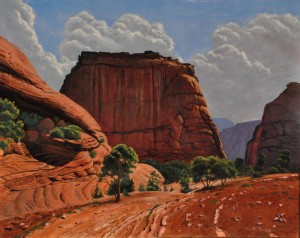 In a few weeks we will have lots of flowers to enjoy and talk about.