Today my wife and I drove along I 10 to visit the Amerind Foundation and I was impressed with the plants along many stretches of the highway especially between Tucson and Benson. I was not able to stop and take pictures because of it being a freeway, but on the return journey we found a frontage road which gave us access to a few of them. It looks like some kind of sunflower, but I do not know which one. Some of the plants were over eight feet tall. The flowers are about an inch and a half wide, and some of the leaves were over five inches long. As can be seen from the photographs, the plant is very open with rough, reddish stems. Since this is so abundant I am hoping that someone can help me to identify it. 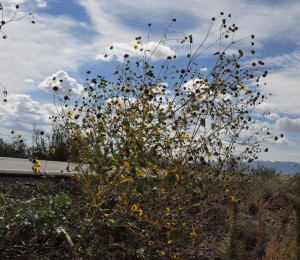 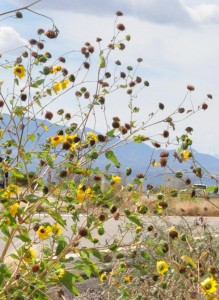 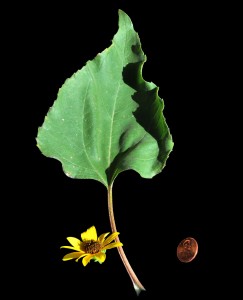 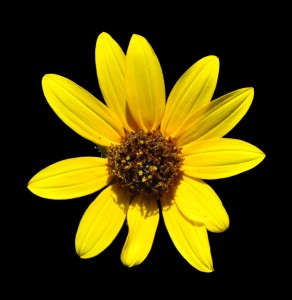 In May 2014 I posted pictures on this blog of two of our golden barrel cacti in our front yard whose insides had been hollowed out by ground squirrels. I have been keeping my eye on them to see if they would die from this evisceration. About a year and a half later they are not only still alive, but one of them has new growth, and I can’t figure out what that growth is. The middle one was never attacked, and has been in bloom even though we are in the middle of October. One of the other two has these rosettes. Once again I am wondering if anyone knows what these rosettes are. Long ago the plant toppled over from being scoured out, and the new growths are along what is now the top of the plant and used to be the side.

The first picture shows the three barrel cacti. The one in the middle is still whole.

The second picture is a flower on the middle one, and the other two pictures show the mysterious growth. 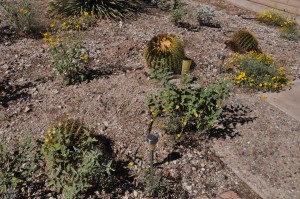 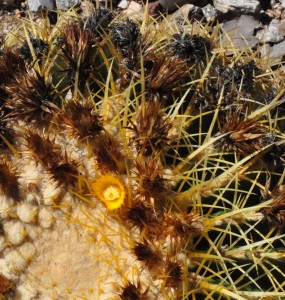 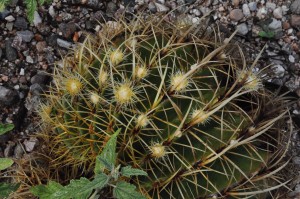 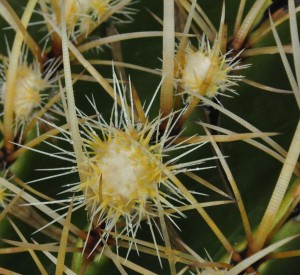 It is amazing to me how I can walk past a plant for years – in this case about 30 – and not really notice it. I assumed it was a salt-cedar (Tamarix ramosissima), which is not native, so I did not look very closely. My friend Jim was with me on a recent trip and said it was Burro Brush (Ambrosia monogyra). This is a name I have encountered on my various plant lists and was amazed and delighted to find that it was right there in the parking lot of Gordon Hirabayashi camp ground. The plant is very woody. The photograph shows a portion of Jim’s jeep for scale. It is quite an impressive plant and is in full bloom right now. For the first time I am giving it the attention it deserves. 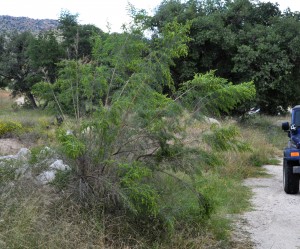 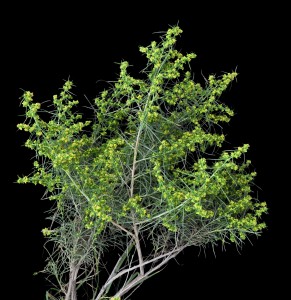 The days are growing shorter, and the mountain slopes are covered with large patches of yellow flowers. After a good summer rainy season, there is more rain to come, which gives us hope for a spectacular Spring.