Ed and I were on the return leg of our hike in Marshall Gulch in the Catalina Mountains today. We came across some flowers we had not seen on the outward journey, especially the beautiful blue Mountain Lobelia. 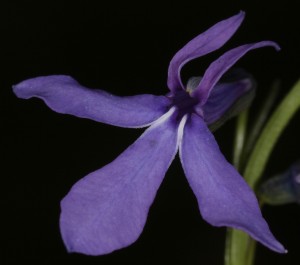 I said: “Will wonders never cease?” and Ed replied: “That exact phrase has been running through my head for the last ten minutes.” I suggested that he might have planted it in my mind by some mental transference. At least it showed how much we were sharing a sense of happiness and wonder.

When we set out on the hike we expected that now, early in October, we might see some of the fall colors for which this part of the mountain is famous. We did not expect to see many flowers, not at 8000 feet. It proved to be the reverse. The fall colors were just barely starting. See this spray of big-tooth maple leaves. 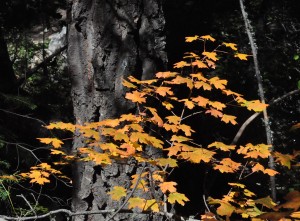 And there were lots of flowers. We counted 25 on the outward journey and 12 more on the return. (See the list below)

At our turn-around point Ed noticed a plant across the stream bed. We paused, took out our binoculars, and realized that it was a collection of Spikenard plants (Aralia bicrenata). This is a plant that we have seen in only a few places on the mountain. And there, in their fall colors, was a family of at least a half a dozen plants. This photograph shows one of them. 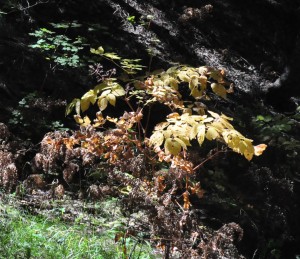 We were surprised to see many Canadian violets. We noted one that had a lot of pink (they are usually pure white.) I also caught this picture of a seed pod that had recently burst open to fling out the seeds for the coming season. 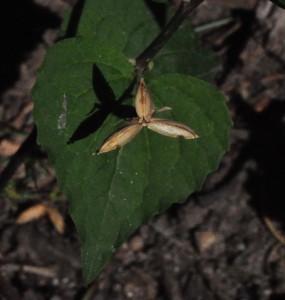 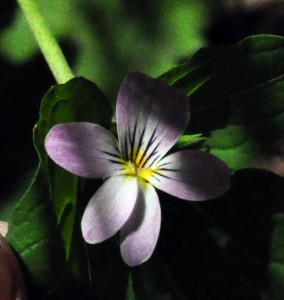 On the way up the mountain we saw crews working in Bear Canyon, putting up barriers to the washrooms and picnic areas. My first thought was: “The shut down of the government has come to the Catalina Mountains.”  When we started the hike in Marshall Gulch the bathrooms were open, but when we returned it was clear that the crew had made it to the top of the mountain, as you can see from this photograph. 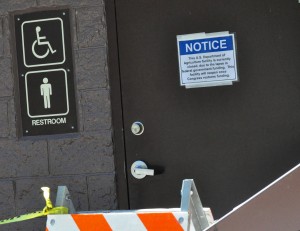 Fortunately all of the trails are still open, but the bathrooms, picnic table and Ranger station are closed until the government is allowed to get back to work.