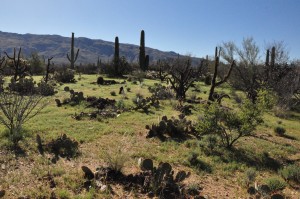 The forest floor in Saguaro National Park East is carpeted in green, like a well tended
golf course. But what looks like grass is really thousands and thousands of small plants with tiny white flowers in the Borage family, possibly Bearded Cryptantha ( Cryptantha barbigera. ) 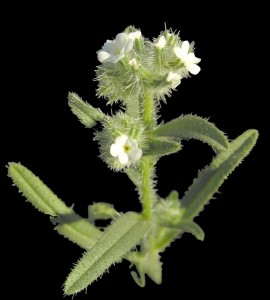 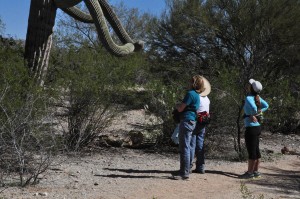 Three of the women admiring a Saguaro

Yesterday a group of women accompanied me in search of an interesting plant there: Texas Desert Rue, (Thamnosa [Greek – Smelly Shrub] Texana). It grows only a foot or two high, and has very small dark red flowers and a distinctive and pleasant (to my taste) odor. It is also called Dutchman’s Breeches, because of the shape of the fruit. It is harmful to livestock because it causes them to be oversensitive to light. The plant we were looking for was in a wash (dry river bed). This involved a fairly long walk in sand, which I found a little tiring. After we located and photographed it, we continued along the wash until we joined a trail to head back to our vehicles. After a short distance we came across several Thamnosa plants right along the side of the path. 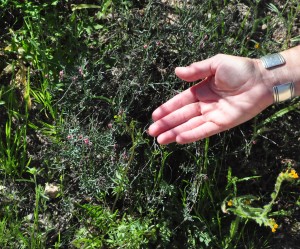 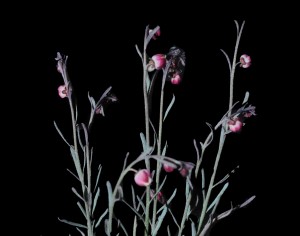 Getting a closer look 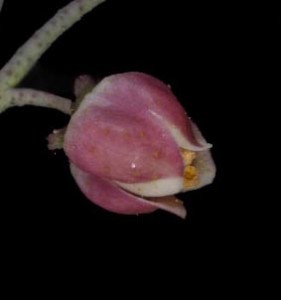 A close-up of a flower 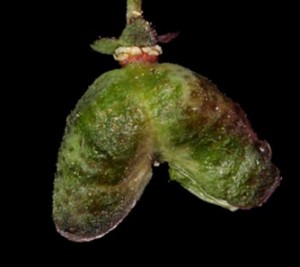 There were many plants to entertain us on our three and a half mile loop. Altogether we saw about fifty different species in bloom, and many more about to flower.

Earlier this week Val and I took a ride to Ajo – about 150 miles west of here, to give a talk to the Ajo Garden Club. We expected to see lots of wildflowers along the roadsides, since we have had some good winter rains. The showing was not up to our expectations, though there were many Lupines and Desert Marigold along the road. Half way to Ajo it started to rain, and continued all the way to the Ajo Public Library where I spoke about “Nature’s Small Wonders”. The talk was well received. On the return journey we stopped at a town called “Why” (possibly so named because there is a Y-shaped intersection in the middle of the town), population under 200 . I had driven through this part of Arizona before, and knew that it was just a little collection of homes and a gas station. Just for fun I asked the attendant at the gas station how far to go until we got to Why. He tilted back his head, and began to roar with laughter. “You are in it!” he said. As I left I looked up at the name of the Gas station. It read: “Why Not?”

We went through Why to the Organ Pipe National Monument with its wonderful visitor’s center, and lots of fascinating plant and animal life, resolving to go back again when the Organ Pipe Cactus and the Ajo Lily are in bloom (April or May).